Mixing a traditional Spanish tapa with Hamiltonian paths. A Hamiltonian path example would be a trip visiting all the villages in a map, using a continues road that passes through all and never visit the same village twice!

So imagine that you are in Spain visiting everywhere, we are sure you could eat bravas everywhere, but not so sure about the unique road 😉 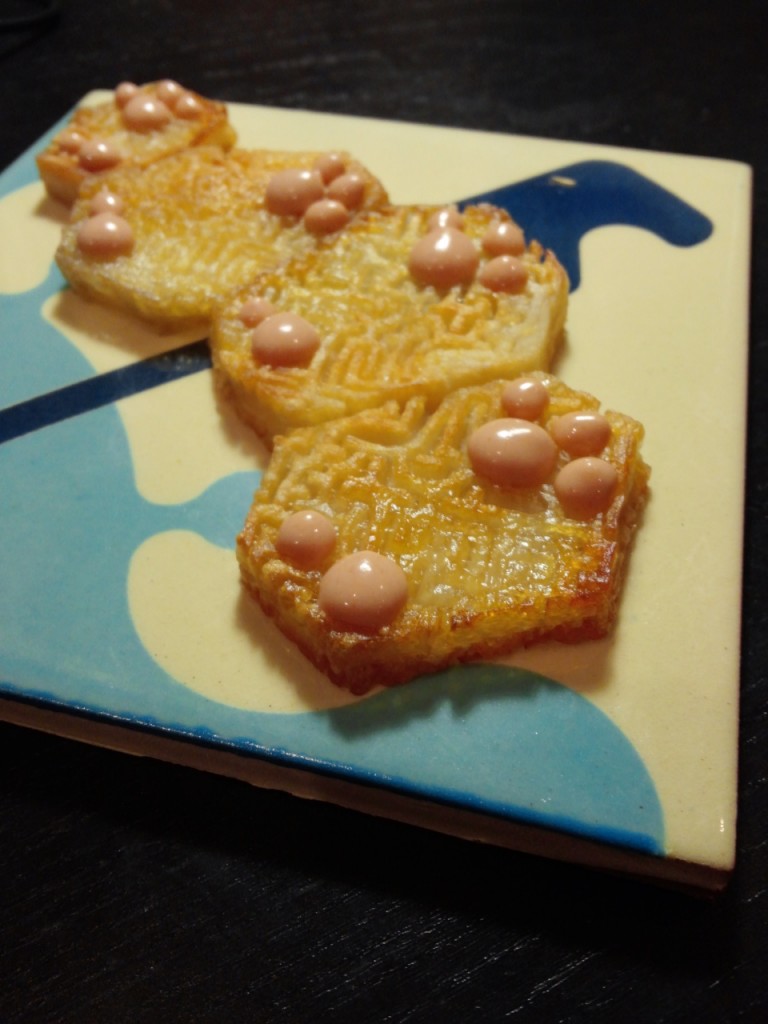 Let’s brave it up!

The main idea was to carve a hamiltonian path in both sides of a slic3d potato and garnish it with some bravas sauce. 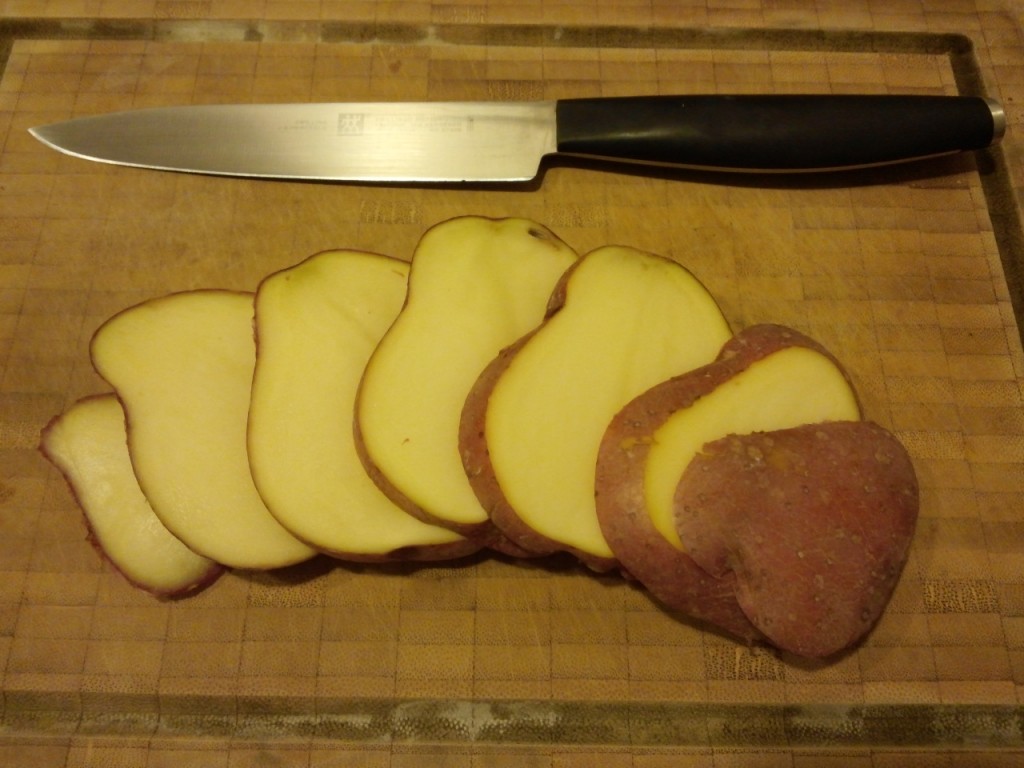 After cutting the potatoes we trimmed the edges in order to use some magnets to properly hold the potato while carving. The file for carving with Pinya2 was created with our new Hamiltonian tool. For more info about carving read here. 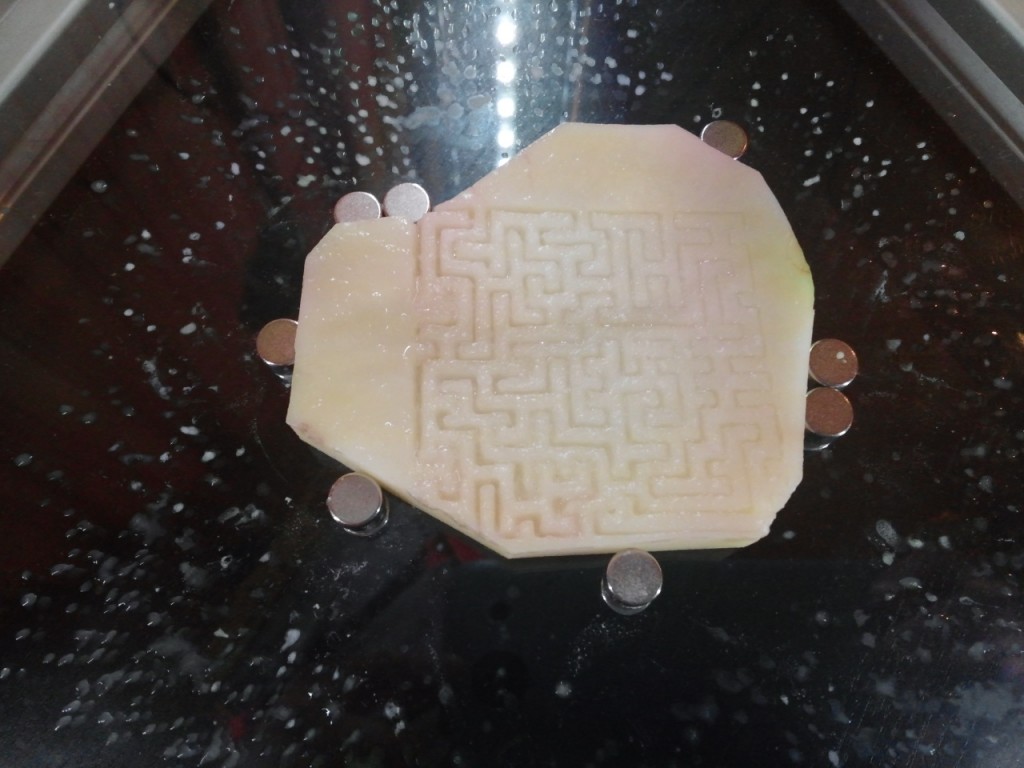 After carving all’em. Heat up a pan with some oil, and cook slowly. We know bravas are supposed to be deep fried, but who cares, right? (at least not us 😉 ). 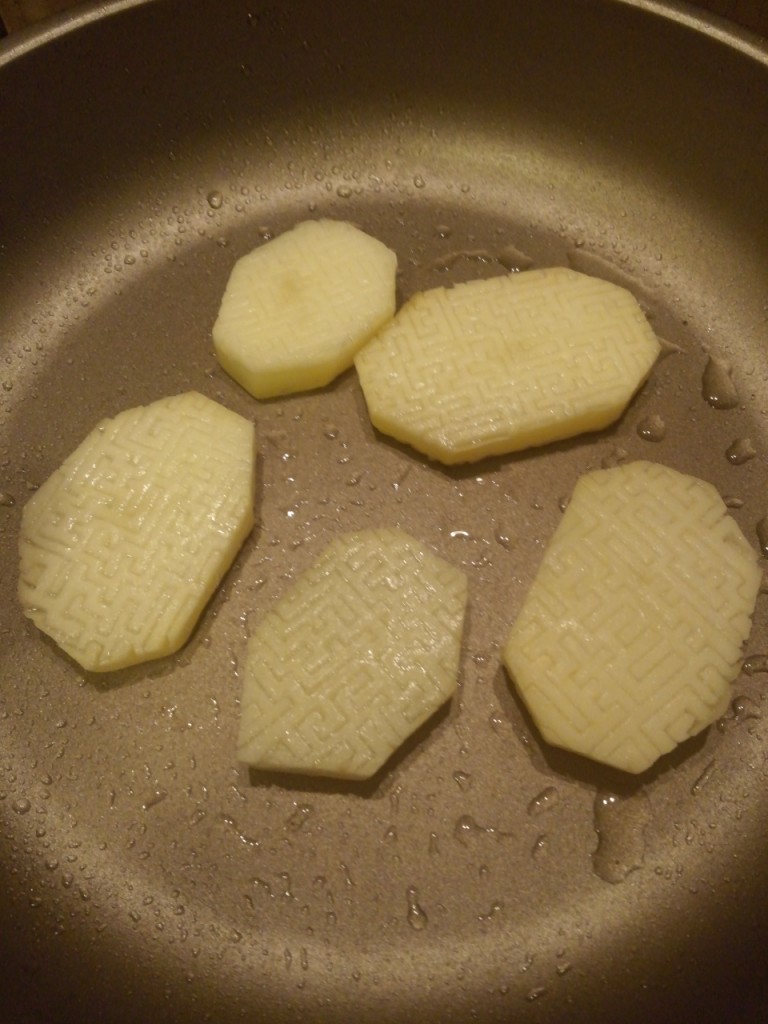 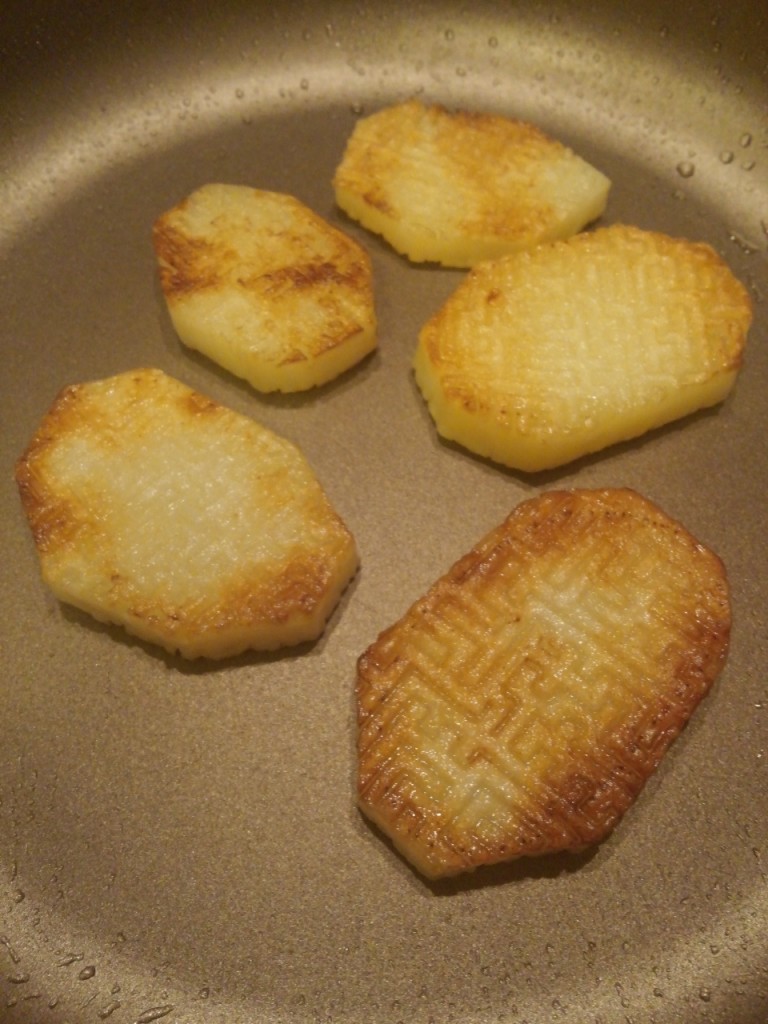 For the first try we went for a traditional salsa brava with pimentón. Following this video recipe. 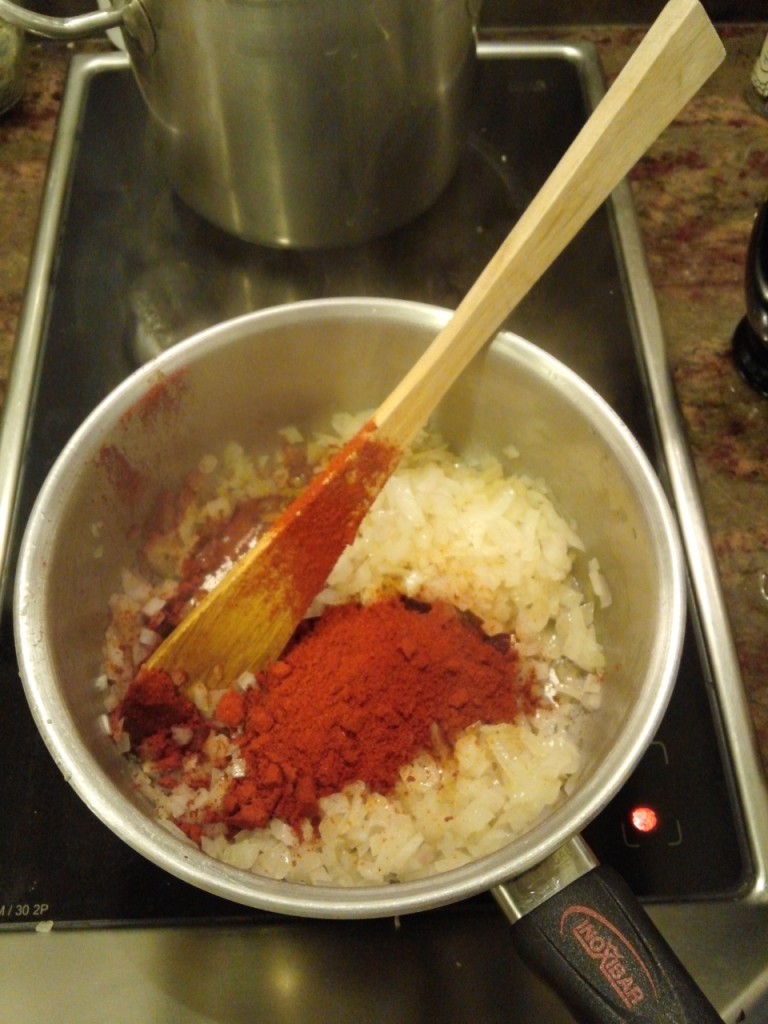 Here is the result. Honestly the sauce was awful, we must had done something wrong because it was not even decent. Patatoes were fine. By far the coolest thing of the whole recipe was finding out that the hamiltonian path carved gives a nice and gripy texture (tongue) when biting the potato.

An update was mandatory. 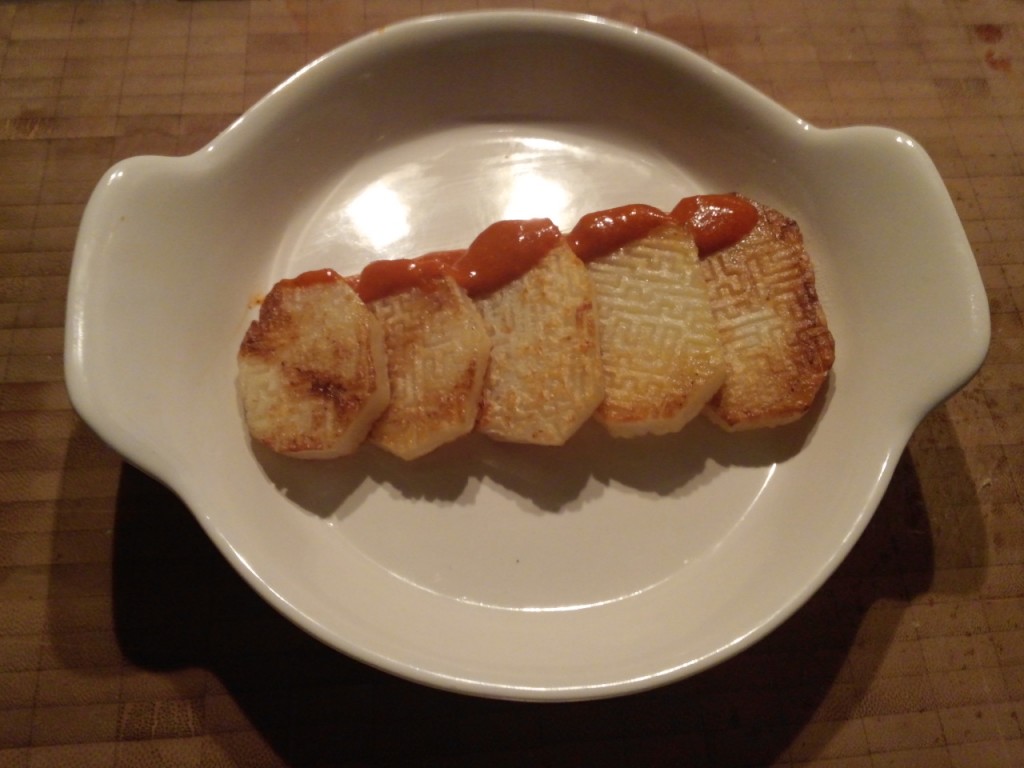 Visiting our Bussoga friends we find the perfect plate for this recipe. This was the last push we needed to try to finally  close this recipe. 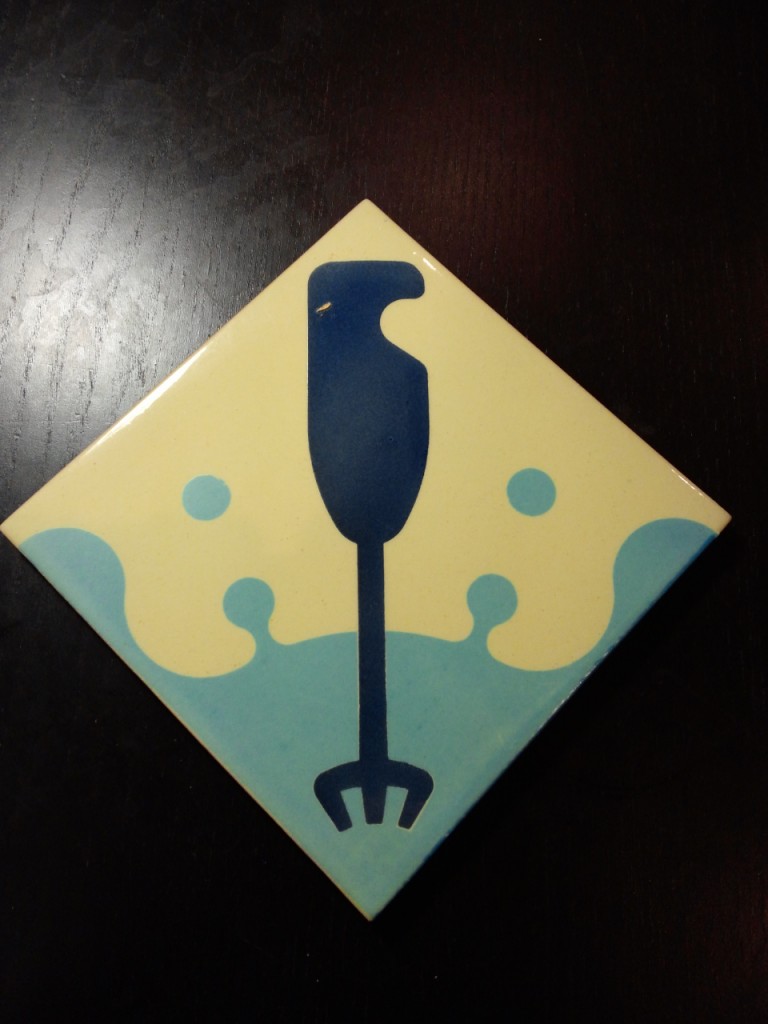 This time the sauce was a plain mixed of mayonnaise and ketchup. Why? because it is easier, is a flavour that we like, and for this time we think was just fine. We know this recipe is quite off from traditional patatas bravas recipe but at end… why not? this is a just digital recipe 🙂 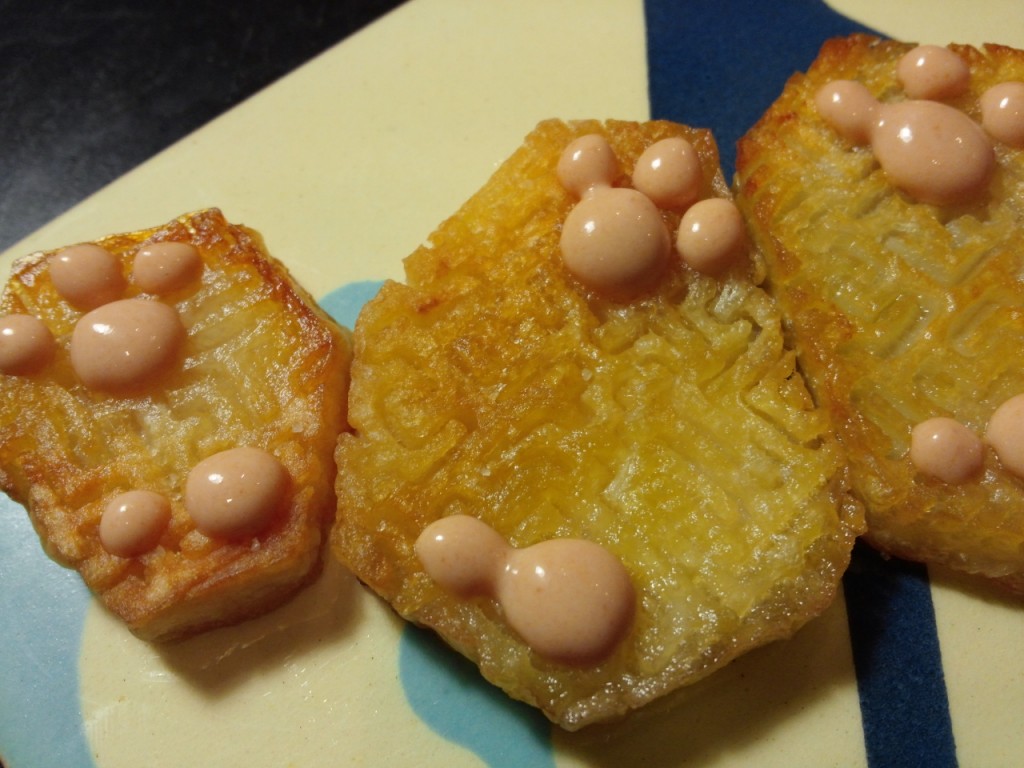 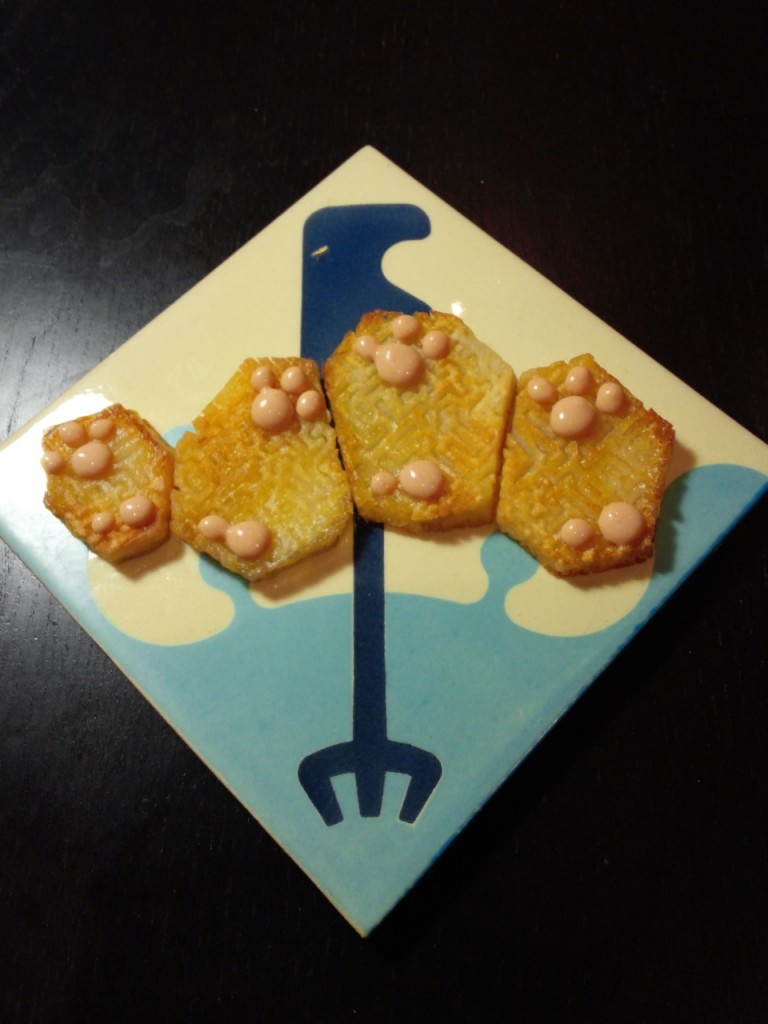