At 3DC we LOVE banana smoothies. And that is the only excuse we needed to start looking into printing with bananas aka #goingbananas. Bananas are great, let’s just face it. But how do we print them?

Our first go was just blend a banana and check what happens.

Results were an #epicdeliciousfail. Texture had no consistency to hold a 3D shape. So we had to find a way to fix that, but how?

Asking for help at FoodDev! We were pointed out for and obvious, but also scary solution. Thickeners. We have been reading about thickeners for a while and it is still pretty overwhelming the bast amount of uses and types. Because there is too many! We took courage to choose only one of them and experiment around it.

The LUCKY one potato starch.

Potato starch has thickening properties. Once mixed/dispersed in a liquid and heated between 56-70ºC it starts a process called gelatinization, trapping water and giving consistency to a mix.

Our first try was mixing potato starch directly into de banana purée, stiring and heating between 45 and 55ºC for almost 2o minutes. 220gr of banana purée and ended up adding 18gr of potato starch.  Until we had a thick enough mix.

Once the purée cooled down was even thicker. After that we kept it in the fridge for a couple of days, until testing.

Results were not that good, mainly because the mix had a LOOOOOT of lumps. This might be cause we did not want to disperse the starch with some cold water to avoid lumps. And maybe the purée wasn’t thin enough.  That’s why we went for a second round.

For this test we dispersed the potato starch in water, ratio 1:2, before mixing it with the banana purée. Also in an attempt to reduce browning we added orange juice. This time we heat up the mix (while stirring) between 60 and 70ºC for 25 minutes. 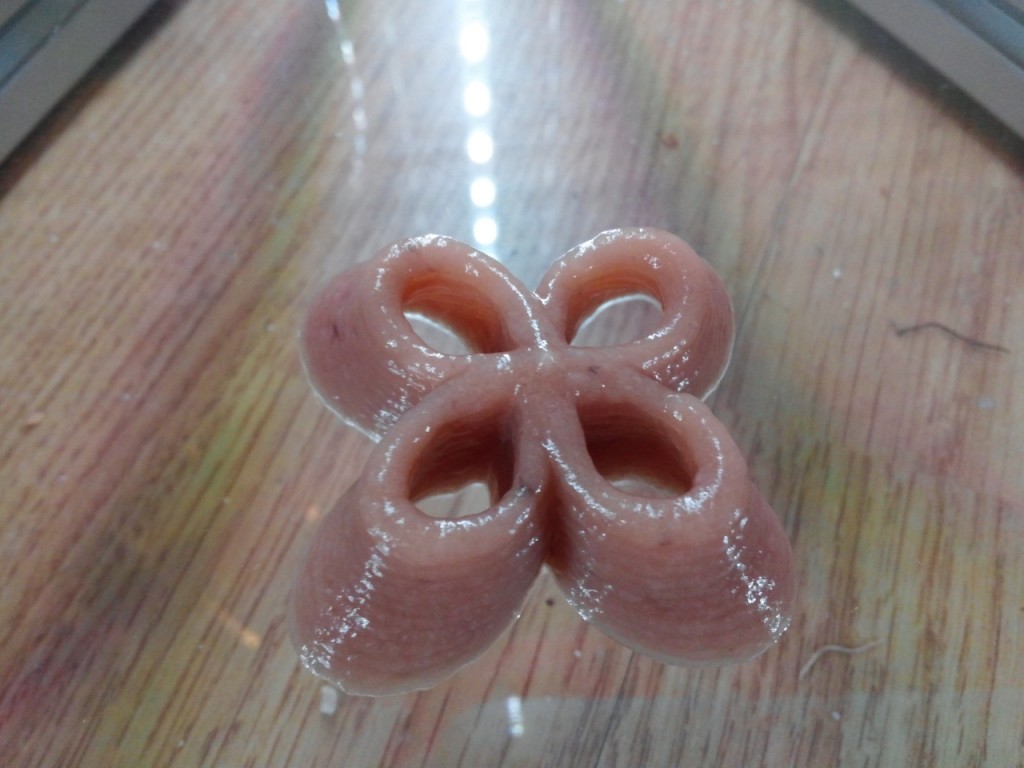 Dispersing potato starch before mixing makes A DIFFERENT, texture was really smooth.  We think due to adding water and orange juice the amount of starch was not enough to have similar consistency as #1st test. Orange juice poorly fixed browning effect.

Potato starch is cool. Future tests suggested by the great foolks of FoodDev: