Today is my wedding day. No joke. I wanted to share it here with you.  And I took this part two of 2014: year of the Robot Kitchen as an awesome gift from BotBQ Family,  Jason!! Its been fun to “predict” the future even when the future turn to be the past thanks to ChefJet 😉

DISCLAIMER: THIS IS AN OPEN CONVERSATION! FEEL FREE TO POST YOUR THOUGHTS! 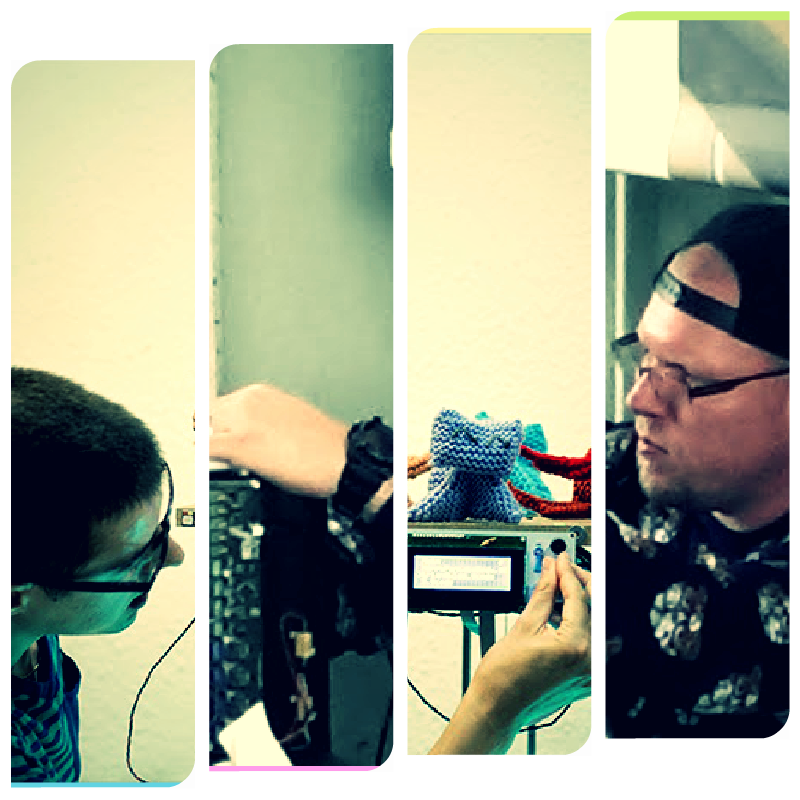 With Barilla announcing that they are backing 3D food printing(3DFP) in restaurants, which restaurant will jump on first / Which country will actually offer a 3D printed food item in a restaurant first?

Luis: There is people already interested in the 3D restaurant concept. I deeply doubt that any of them have a proper view of what 3d printed food is nowadays or how it works, because honestly who does have?

My opinion is that whoever jumps into it, need to understand that he/she is gonna need to work in a really high evolving technology. And I am not sure if a “normal” restaurant is ready for this… an oven last until it breaks, a 3d printer lasts until there is a better one: more resolution, more types of food, more processes.

I see a 3d printed restaurant, as something really experimental and risky, BUT FOR SURE WITH LOTS OF FUN! (HIRE ME FOR THIS ONE 😉 )!

Jason: Do you think there is a new job here: 3D Food Designer?  I believe most Chefs HAVE to be a creative genius, but merging their skills into the 3D designing world may take some time.  As we are currently seeing in the fashion industry a new role in the kitchen may arise specifically for bringing the vision of the Chef to life in 3D.  That sounds like an awfully cool and exciting job.  So, when will the 3D food design course be open for enrollment at Le Cordon Bleu ? 😉  Your list of Digital Cooks @ 3DigitalCooks.com is probably where restaurants should start when thinking about adapting 3D printing to their menu.

Luis: I do totally agree, do you know what was the most exciting thing for me from 3D systems announcement? The digital cookbook, I think these kind of tools are the key for 3DFP  evolution. I don’t know if I will get the chance to play with it, but for me that is the big deal, because if not, a digital food designer is gonna be needed! as you said there is a gap between chefs and technology, maybe not all but in general it happens to everybody. Biggest issue for normal people getting into 3D printers in my opinion is design.

So i am really curious to see how the minds and dollars at 3D systems tackle this issue! A pretty big and exciting challenge!

Do you think 2014 is gonna have commercially available 3d food printers?

Jason: The only reason I can see for a company not releasing a full 3d food printer in 2014 is the support needed.  When you sell a 3d choco-printer to the mom-and-pop candy shop down the street you must be willing to help them every step of the way.  Companies willing to do this for their customers are coming, and we know that the roots of (RepRap) low-cost 3d printing is all about community and helping each other out, but that is the only thing I think that will hold back one of the big players (Stratasys, 3D Systems) from jumping in.  They know that the people who are most likely to buy their current product are going to reach out to other people online or in their community for help, I am not so sure about how the “food/restaurant” community does this aspect.  The only real experience I have working in a restaurant is with Pizza; Chuck-e-Cheese’s ( YES I did have to wear that mouse costume a few times!), KC’s Pizza, and on KP duty in the Army.  But I only saw the jealous side of the restaurant biz where everybody was so secretive and not letting out the secret recipe.  I do believe that in this age businesses just can’t run like this anymore and hope that anyone interested in 3DFP is open to asking and receiving help from others. To sum it up: YES I think there will be a 3D food printer coming in 2014!

Luis: We already count 2! I go at least for 5 more before 2015, will see, It’s pretty interesting to see how everything evolves, food is such a wide market, that there is room for lots of players. High end printers for restaurants, at home printers, hunger printers, cocktails, space, organic, fast food,  … I think there’s room for lots, printers adapted for just one type of dishes (restaurants)…

What do you think about ChefJet? (do we need to put a “TM” everytime we mention it???)

Jason: Great call on this one Luis, only a couple days into 2014 and you already got one prediction right out the gates!  I watched the entire 3D Systems CES 2014 Livestream and even re-watched it after to catch some more of the ChefJet.  It is really impressive, as we have been seeing this type of 3DFP from TNO this past year, and now the similar technology is coming to the home.  You can tell that they really put some work into creating the ChefJet, and that there are some high expectations right away.  Multi-material-food is something to be excited about…. You know I may have an unusual taste palate, as in I really enjoy food that has a high contrast in flavor, sweetness, and texture.  For example, this the first time I am admitting this to the world, I enjoy making a crunchy peanut butter and cream cheese sandwich with tabasco on it!  My favorite pizza is Hawaii with extra peperoniwurst, tomatoes, black olives and hot peppers!  I have always dreamed of what kind of restaurant I would open because I cannot possibly be the only one on the earth who would enjoy a sweet-spicy-and-sour Hamburger or piece of pizza.  I would like to try one day to combine all that into a single food item that takes you through each of the experiences of each of those traits.. I believe in the future through the use of 3D printing we will be able to do this, possibly even down to each chew of your food as the composition of the food you are eating changes in your mouth… maybe I’m getting a little too graphic here…

Luis: I have good and bad feelings about ChefJet, I am a huge fan of Sugar Labs, their work rocks! I hate the fact that this isn’t home kitchen budget friendly haha Honestely I think this is great, the more people joining the boat of 3DFP the better for digital cooks.  And I “sense” this is gonna help a lot. I hope Avi reads this and pay us a trip to LA to be the first doing a in deep review about it! AVI I NEED TO PLAY WITH THE DIGITAL COOKBOOK!

What would you expect about from maker community?

Jason: I don’t expect anything less than what is taking place right now.  Community support, sharing, caring and wanting to be a part of something special.  It has blown my mind to see so much generosity come from people who have never met with only 3d printing bringing them together.  As mentioned previously I think that there will be support coming from 3d food makers all over, and YOU are doing an awesome thing bringing them together Luis.  As long as the community stays together and doesn’t get broken up by a bunch of patent lawyers then things will continue at the rate they are now, and possibly even faster.  The “Food-i-verse” is right around the corner (although I do know of a guy trying to put an end to that who we may need to address sooner rather than later: WillandMrData2)

Luis: For me the greatest thing about FOOD is that isnt scary. People experiment with it without even notice it. I do believe once a couple of more tools appear, this needs to explode (3DFP). And I am pretty excited to see it happening… I feel 3DFP is this technology were nobody is so way ahead, a whole new world to discover. And from the maker side, I am really excited because I think and open community can do way more than any company. But at the same time both need each other, I don’t see a guy selling 100 printer kits getting NSF or UL food appliance approval. But the company that embrace a strong community to push technology I think will be the winner! if there is any ~~ I think 3DFP is going to be a race with big success but also lots of failing in terms of companies.